What To Expect When You're Expecting A Child With Spina Bifida

Angus refuses to let his condition define him and he faces life with a smile, determined to surprise, shock, and teach people what ability looks like.

Back in 2010, I was 20 weeks pregnant with our third child. I'm ashamed to say I was complacent when we went into the scan room - just excited to find out the sex of our baby and not at all thinking about the possibility of anything being wrong. After a massively long time the sonographer turned off the machine and looked at us; she told us that she had seen a 'lemon' shape and a 'banana' shape which made it likely our child had spina bifida. And there it was. We knew nothing about it and to be honest the rest of the pregnancy was a whirlwind.

Angus was born, gorgeous and calm, on the 4th of October, 2010. He was whisked off to the special care unit and had his back closure surgery on day 2 of his life. We felt like the luckiest parents alive that first day after his surgery - he was truly the most gorgeous looking baby and all the nurses would fight over him in the ward. No part of us as parents ever didn't feel immense pride in him - he was just perfect to us. 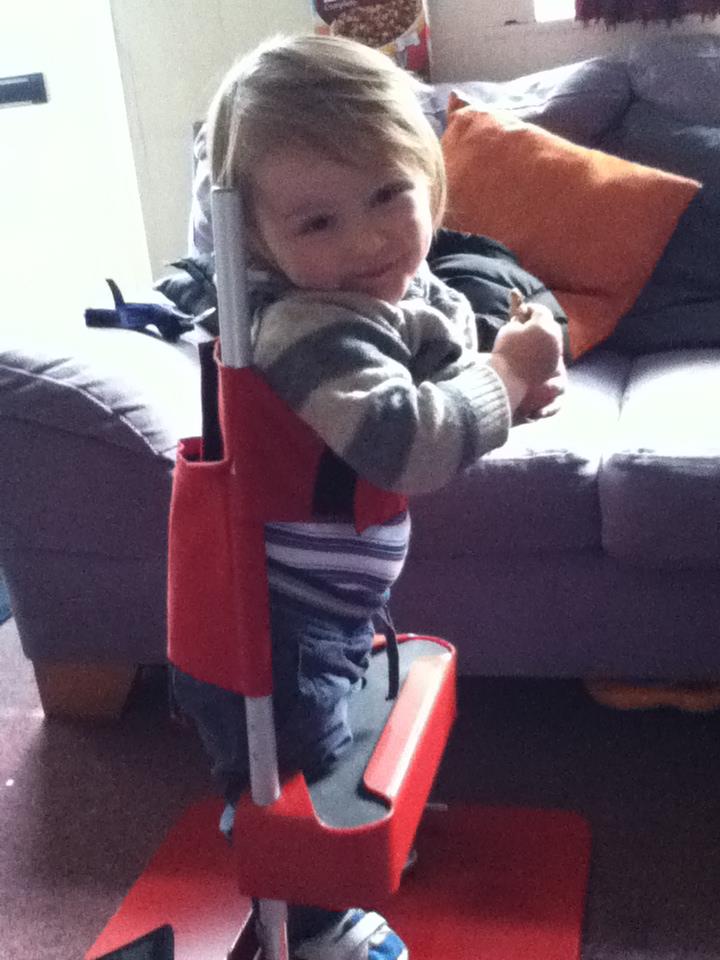 Image Description: As a child, Angus utilized a standing frame.

Fast forward 8 years. 8 years of determination and proving everyone wrong. 8 years of fun, laughter and love. Angus has the most wicked sense of humor; he is open and loving. He has never once complained about any of his difficulties despite them being numerous. He falls over ten times a day and we often joke that if Angus cries its time to call an ambulance. Let me put all this into perspective: Spina Bifida is a condition that affects almost every part of your body and this varies widely from person to person. For Angus this means his legs are weak and his feet have a progressive deformity - he wears solid splints to compensate for this but cannot walk far or fast, so he uses a wheelchair for getting around and sports. He is visually impaired, has hydrocephalus, is doubly incontinent, and has poor fine motor skills. He cannot learn new skills easily so school can be difficult for him. He has had to endure lots of medication, treatments, appointments and surgeries.

This all sounds rather bleak, but the reality of Angus is nothing like what he looks like on paper! He is the child I wish I could have seen as a parent expecting a child with Spina Bifida and not knowing what to expect. He refuses to let his condition define him and he faces life with a smile, determined to surprise, shock, and teach people what ability looks like.

He is the child I wish I could have seen as a parent expecting a child with Spina Bifida and not knowing what to expect.

There was a time last year when we saw his confidence drop. He started to be more shy, more aware of his differences, and less able to talk about them. Angus finds it hard because he can walk, but not sufficiently to compete or keep up with his peers, and yet he is not completely paraplegic so he doesn't feel like he fits into that group either. Thankfully, he saw a video online of someone called Aaron Fotheringham who started as a child riding his wheelchair on the skatepark and a girl called Lily Rice who achieved a wheelchair back flip at 13. This inspired him to get involved in the sport WCMX (wheelchair motocross). His amazing resolve set in and he told us he had decided to raise money for a lightweight wheelchair to keep up with his friends. He planned an '8 mile roll' down the river Thames to show how difficult it is to be independent as a wheelchair user. With the help of his incredible school  and our wonderful community he raised the money in less than a week. He was in several local newspapers and amazed us with his resolve and determination - wheeling over three miles himself during his challenge.

Once he received his new lightweight wheelchair, he started alongside his skateboarding brothers to test out what he could achieve at the skateparks - posting a video of him starting out online. Lily (Silver Medalist in WCMX) and her dad Mark came to visit Angus at a local skatepark and shared his video with key people, which ultimately lead to Angus being funded for a bespoke Roma WCMX chair by Princes Gate Trust. This was a life changing moment for Angus.

The area Angus was seriously behind in before starting to train for WCMX was independence. Getting a WCMX chair made specifically for him has changed the way he sees himself - he rides it with pride. He is a child who has gone from having no wheelchair independence to a child popping wheelies, hopping down curbs, and even dropping in on 5 ft half pipes. He has a fearless streak and loves to amaze and surprise people. He talks about his WCMX with a pride we have never seen and honestly we love others seeing how capable and determined he is. He falls and he gets back up, but importantly it teaches everyone that he is just a kid - not a disabled kid, but just a kid. There are no limits on Angus's future - I honestly can see that he will achieve what ever he wants. I hope that other parents can see what is possible and feel hope for their children when they look at Angus. Having challenges in your daily life builds an authentic resilience that I am just in awe of. 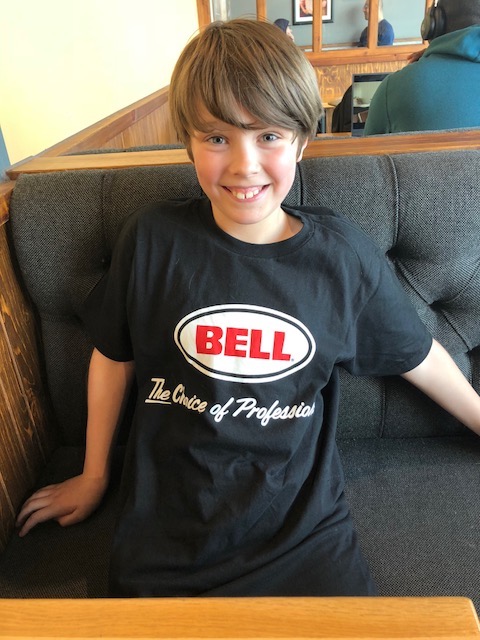 More than a sport, WCMX brings a community, the chance to compete, time skating with his brothers, and a sense of pride. At a recent event we watched him wheel around, confident to chat to his friends and even his heroes without help. When we look a back over the last year we can't believe all the Angus has achieved and we know his journey has only just begun.