Art is a way to express feelings. While drawing I am happy, often angry, sometimes endlessly sad or even destroyed. Sometimes I feel all of these emotions all at the same time.

My paintings are an entrance. I want the viewer to become a part of the world of a person whose life is influenced by autism.

That brings me straight to a word "autism." If you look at my pictures, then you may make assumption that I am autistic myself. In fact, it is my son who has this particularity. When he was only a few months old, I realized from his rhythmic movements and twitching that something was different about him. I told my husband about it and we watched him for a while. The symptoms were worse on some days and better on others. Over time, however, unbridled tantrums, screaming attacks, and self-injuring behaviors overwhelmed us. Sometimes our son hit his head so hard against the floors and walls that he was green and blue. At night he had screaming attacks and roared so loudly that our neighbors complained to us and knocked against the walls. 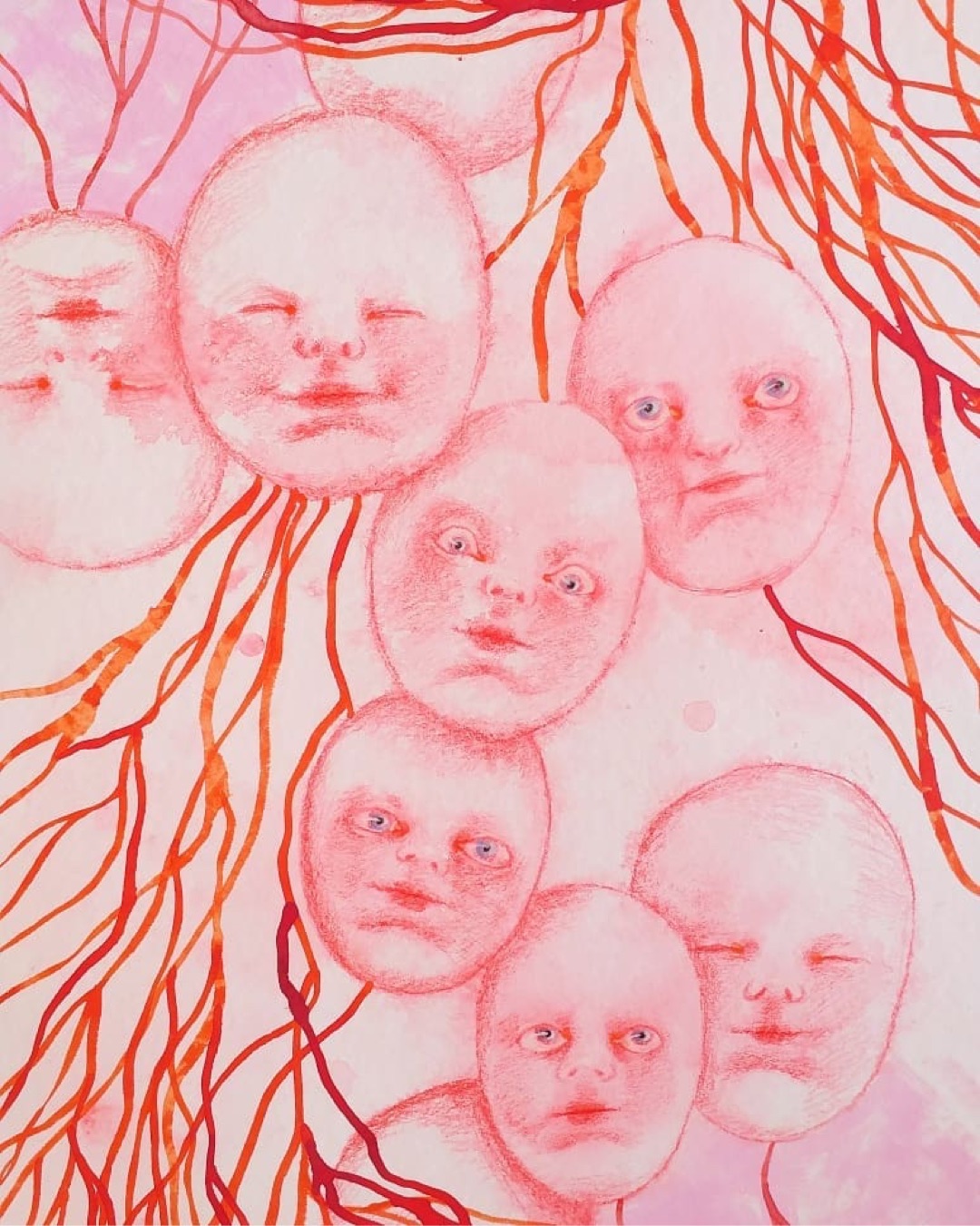 At first I was angry and sad, because I knew there was no cure.  I was desperate and completely at the end of my rope. Then I took notes and began to paint and sculpt together with my son. We changed our life in small steps and art as well as reading became an important part of this change. My husband and I practiced accepting him as he is, with all his edges.  Our painting together spurred me to cope with all my emotions. My son can not bear it when I cry, scream or laugh loudly. So art is the best way to explore all the feelings I have.

My husband and I practiced accepting our son as he is, with all his edges. 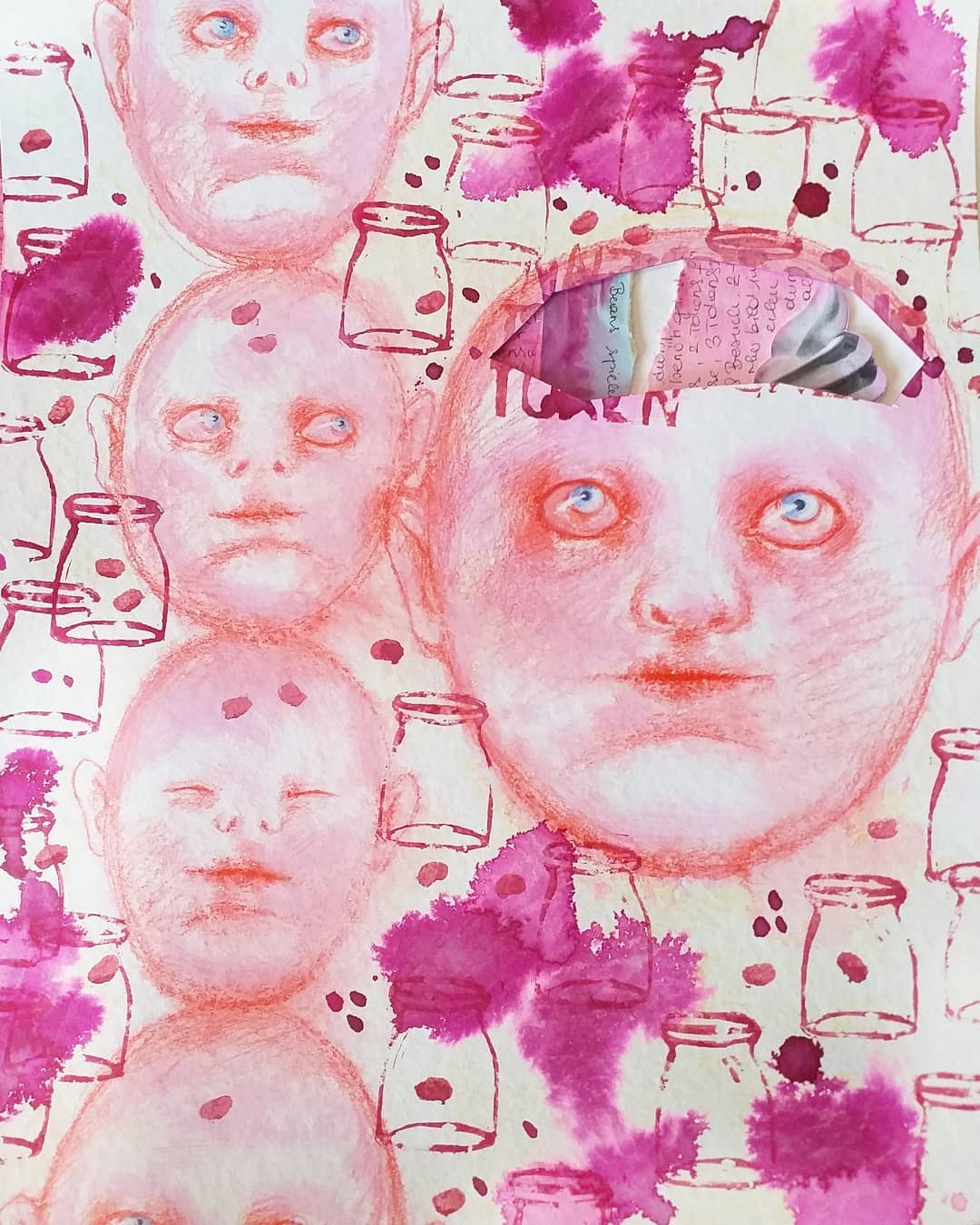 Image Description: A mixed-media piece by Desi, which features four children's faces. One of the child's heads is filled with scraps of paper which look like theyare ripped from a diary.

An "autist" does not differ externally from a "normal" person. He stands out only because of his behavior. In the past, I was easily annoyed by the looks of other parents, when they observed my son's symptomatic behavior. Today I am more relaxed. This is exactly what I try to show in my pictures. I don't shy away from showing the pain and the anger that I sometimes feel when my child is violently spinning and can not be calmed down. I practice with him every day and we do rituals that give him security. Sometimes I struggle to cope with this pressure. My paintings help me. I publish my works on the internet to reach people all over the world who may be affected by similar issues or in a similar situation. My paintings are also for those who have never before had experience with an autistic person. I'm convinced that you will find yourself in my art. 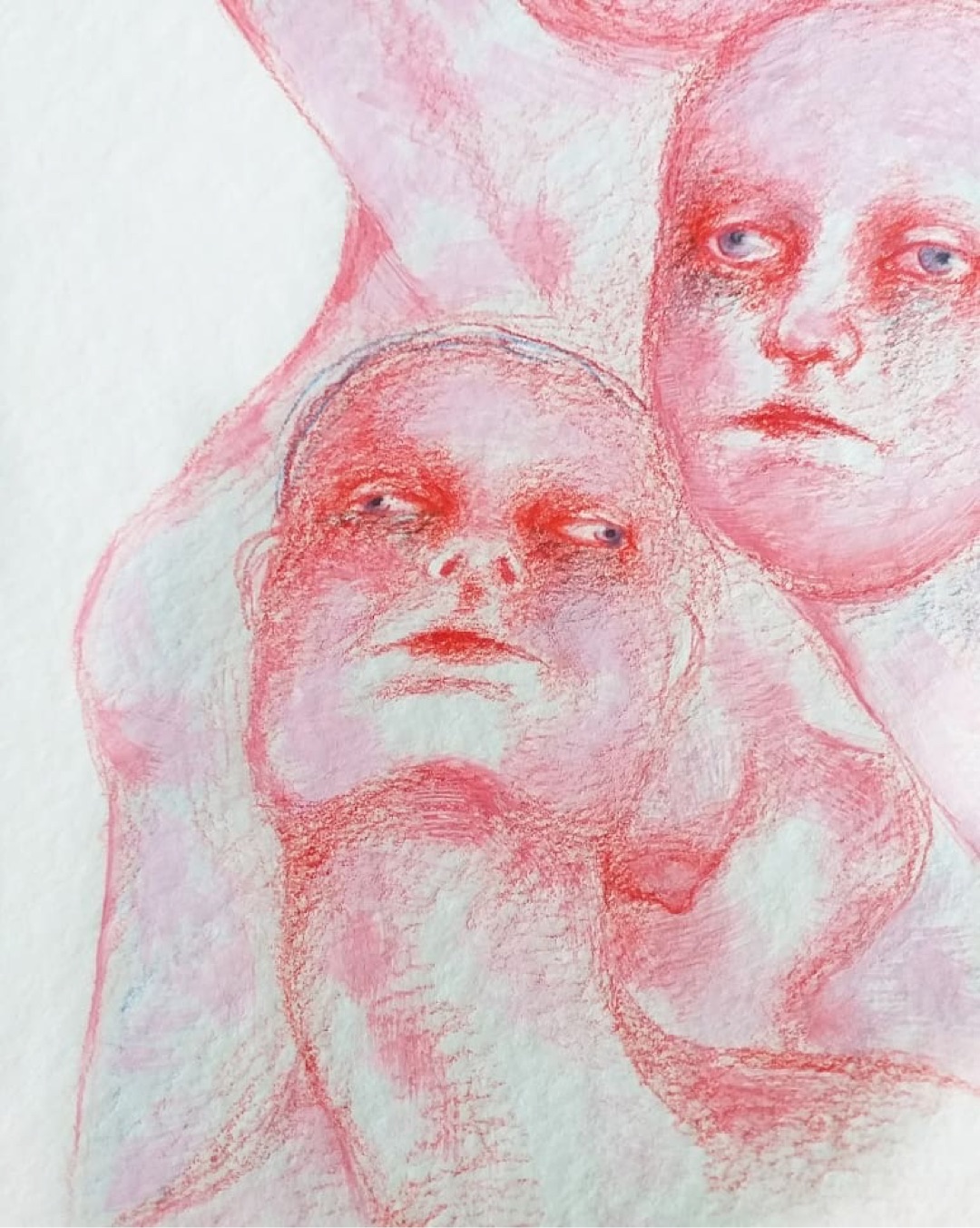 Medical research learns more about autism every day. Therapies are an important step, but above all I've found that the cohesion of the family is what helps the most. Without my husband, I might have failed in the experience of raising a child with autism. Without my painting, I would have died emotionally. 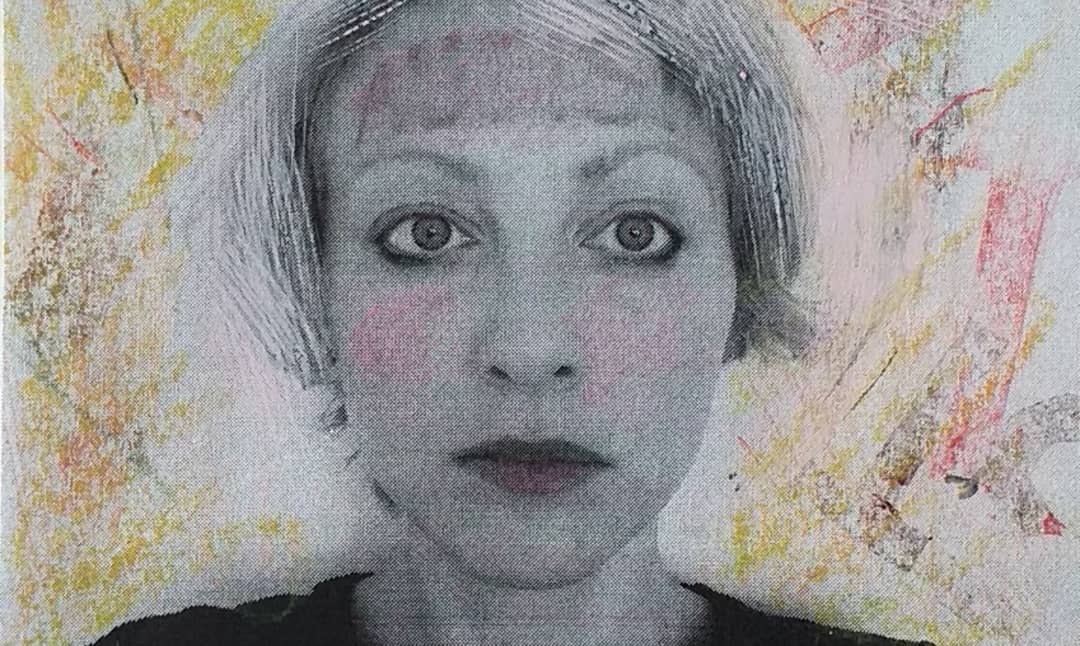 Image Description: Self-portrait by Desi, which features a picture of her with scratch marks super-imposed upon on. This piece is about the self-injurious behaviors which Desi often witnesses her son perform.

I think it's important to find a balance. Many parents of autistic children forget about themselves and spend all their time worrying about their children. For them I hope that, despite all the challenges, they can remember to take care of themselves too. Most of all, I hope that others remember that they are not alone.

No More Blaming Myself: My Journey With Narcolepsy