So What? (Dealing With Your Diagnosis)

Editor’s Note: The author of this piece wishes to remain anonymous.

In a recent episode of the CW’s musical comedy series, “Crazy Ex-Girlfriend,” the main character, Rebecca Bunch, sang about the joy of receiving a diagnosis for her mental illness. Her song begins: “For almost 30 years, I’ve known something was wrong, but mom said weakness causes bloating, so I tried to be strong.” The character, who had recently attempted suicide and was recovering in an in-patient psychiatric unit, was relieved to be “diagnosed” with something. It made her feel, as she put it, like she was part of “tribe.” She sings of her joy in finding that “this whole time I’ve belonged with those other people who share my diagnosis.” After receiving her diagnosis, she no longer felt alone.

That’s not initially how I felt about the diagnosis I got as a teen. I felt both devastated and validated when I read, on an insurance form that my psychiatrist had written, that I had DSM code 300.3: “Obsessive Compulsive Disorder of Biological Origin.” When I asked him about it, he said that he had to put that down for insurance purposes, and that diagnoses didn’t matter. When I told him about the symptoms I had which scared me--like how I thought about hurting myself when I saw a knife, or worried constantly that my mom would get in a car accident if I didn’t say goodbye to her in the right way--he used to shrug his shoulders and say, “So what? You’re really pretty normal.”

In some sense that was true, and in another sense it wasn’t. I had always been a smart, outgoing, physically healthy child. I was well-liked by my peers and successful in school. But I started seeing a psychiatrist when I was 11 because my parents--both teachers--recognized that I was in far more anguish than most kids my age. Often, I was scared and uncomfortable. It was awful riding the bus to school, and I worried about school trips for months in advance. Though I was very social and loved my many friends and cousins, it was awful being away from my parents. I didn’t even like to sleep over at my beloved grandparents house, for fear that something would happen to me or my parents while we were apart. I felt totally unsafe when they weren’t around. Even when they were, I tried to ward off danger through various rituals (like checking whether the stove was off multiple times or saying goodbye to them in the same way each day). 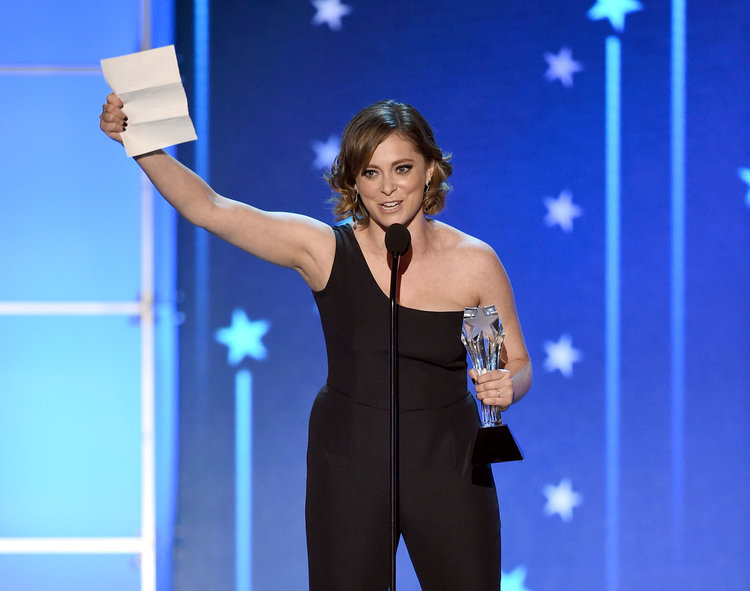 Image Description: Rachel Bloom, the creator and star of “Crazy Ex-Girlfriend,” accepts a Critics’ Choice Award for her work on the show. She holds her award in one hand, and raises a piece of paper on which she had written her acceptance speech in the other hand, which she holds triumphantly in the air. Photo by Kevin Winter/Getty Images Entertainment / Getty Images.

So when my doctor gave me a diagnosis of “OCD of biological origin” when I was fourteen, in one sense, I felt validated. I knew that something more had been going on with me. In another sense, I was devastated. I didn’t like the idea that there was something “biologically” wrong with me (which was how I then interpreted the diagnosis). At the time, my diagnosis didn’t connect me to any community, but made me feel like more of an outcast. I hid it from friends and loved ones. Today, twenty years later, I talk about OCD, depression and anxiety pretty freely. In fact, if you join me for coffee or a drink and expect not to talk about mental health, you’d be fooling yourself.

One thing that has changed over the years is that I’m now part of a community (primarily online, via Twitter) of people who identify as having mental health issues. This isn’t an organized community, but rather one that has formed on my Twitter feed through following users who are outspoken about the importance of mental health. Some of my favorite people who tweet about mental health include: Georgia Hardstark (@GHardstark) and Karen Kilgariff (@KarenKilgariff), the hosts of “My Favorite Murder,” a true-crime podcast that talks about mental health frequently; Marcus Parks (@marcusparks), another podcaster who speaks about mental health and particularly bi-polar often; author Porochista Khakphour (@PKhakpour),  ME/CFS activist  @FunWithCFS and one my favorite writers and thinkers about mental health, Andrew Solomon (@Andrew_Solomon ‏), author of Far from the Tree: Parents, Children and the Search for Identity and The Noonday Demon: An Atlas of Depression. My online community is quite different than my IRL one, and I really appreciate its presence in my life. That said, I try to be open about my mental health with all the people in my life, even when it’s scary. I don’t believe that I (or anyone) should be ashamed of having mental health differences, so I try to hold myself to live up to that value, even in the professional world, where mental illness can be harshly stigmatized.

I generally see myself as a person who has recovered from mental illness. I did that through years, and years, and years of talk therapy. I saw my childhood therapist from around the ages of 11 to 21, and then saw a psychoanalyst for a few years in my late twenties and early thirties. All of the treatment I have received has been psychoanalytic in orientation, though I only did true psychoanalysis for a short time. Psychoanalytic psychodynamic therapy isn’t as scary as it sounds: mostly it’s just talking, and talking, and talking more. The main premise of this kind of therapy is that we resolve our current problems through making sense of the past. Through these therapeutic experiences, I have learned that many of my early experiences continue to affect my life. Things I feared as a child still motivate many of my anxieties, though in ways that are sometimes hard to recognize. Psychoanalysis, which involves multiple sessions per week, helped me tremendously during one of the hardest times in my life, when I was experiencing a major depression in my late twenties. These days things are good and I see a psychodynamic therapist once a week. I consider this a kind of “maintenance” therapy; I’m no longer in crisis, but it’s important to continue to take care of myself.

I also take a low dose of Prozac daily, which helps me see through the cloud of anxiety that I used to live under. Some people say that medication makes them feel strange, but for me, it makes me feel more like myself.

Though I feel that I’m in recovery, that doesn’t mean that my disposition has changed, or that I don’t still have obsessive compulsive tendencies. What it does mean is that I’m no longer in the grips of suffering; I rate my mental health by whether or not I am suffering, and currently, I’m not. Of course life is sometimes still hard and frightening, but the kind of anguish I have felt at various moments of my life is something different. It’s a fundamental and terrifying lack of ease with oneself and the world. I don’t feel that way currently. Today, I am functional and healthy. Just as another person may have a predisposition for high cholesterol, I am predisposed to be obsessive compulsive, but that doesn’t mean I am sick with it. Like that person with high cholesterol, I take good care of myself in order to stay well and avoid the dangers I’m predisposed to. 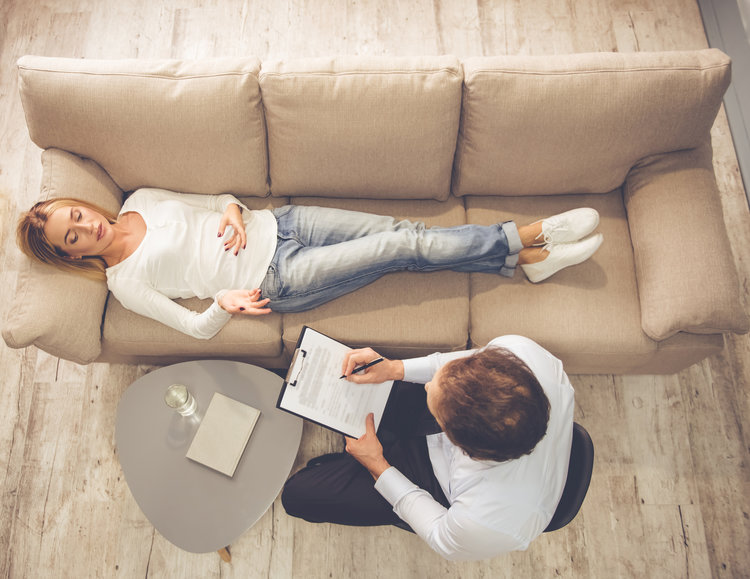 One of the hardest things about having mental health issues is that recovery isn’t a simple process. You don’t just climb the hill and keep climbing. It isn’t a straight line. Environmental factors affect how healthy you are. It would be unsafe for a person with severe asthma to live in a cigarette smoke-filled building. Similarly, there are stressors that I know I must avoid in order to avoid mental health flare ups.  But sometimes even your best efforts to care for yourself will fail, sometimes the world will be too much, and sometimes your health just isn’t under your control. Accepting that truth is painful, but necessary. Despite the stigmatizing messages we often get from our culture, I really believe there is no shame in being ill (mentally or otherwise).

Today I’m a healthy thirty-five year old with a happy marriage, a strong and loving social community, a supportive family, and an adorable dog who is totally oblivious to my mental health problems. Life, as they say, is good. Though I’ve gotten healthier, I’m still fundamentally the same person I was when I was eleven. I’m kind, smart, funny, and curious. I’m still a worrier, but it doesn’t run my life. As my childhood therapist used to say, “So what?”